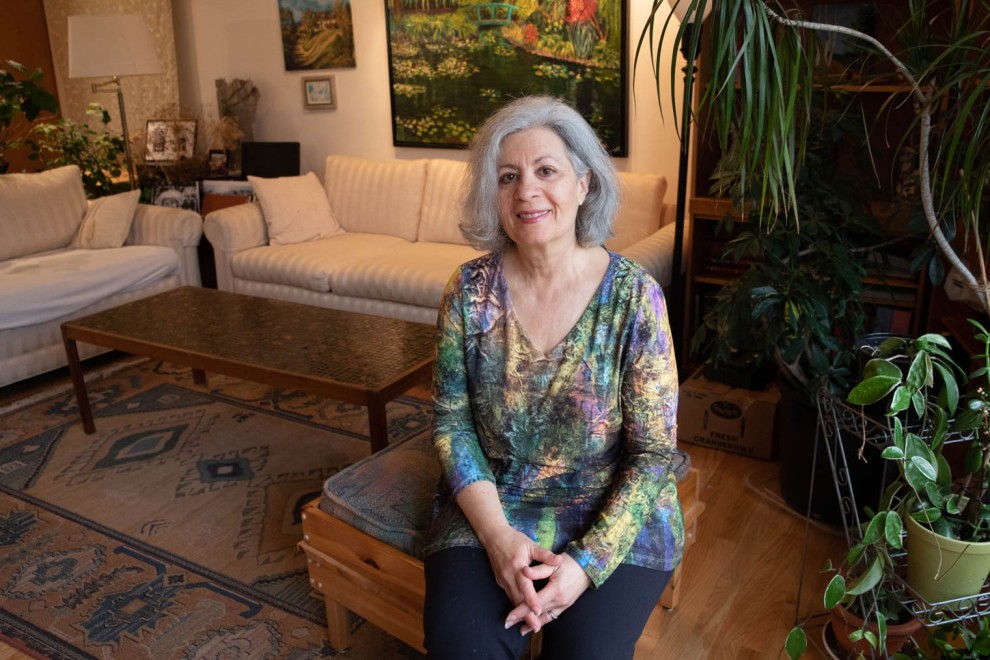 “I believe that everyone has a story to tell,” writes Hamilton artist, teacher, and community volunteer Fortunée Shugar.

Shugar’s story begins with the trauma of exile and dislocation. Born in Cairo, she was four years old when the Egyptian Jewish community was caught up in the aftermath of the 1956 Suez Crisis, the invasion of Egyptian territory and the occupation of the Canal Zone by Israeli, British, and French forces. At the time, the well-established and vibrant Jewish community in what was a richly multi-ethnic Egypt numbered about 60,000 people. Between 1956 and 1958, 25,000 Jews were expelled, their possessions confiscated, their lives overturned. Shugar, two siblings, and her parents were suddenly refugees. After three years in France, they received visas for Canada and a chance to start a new life. Today, only a hundred or so Jews remain in Egypt.

Shugar’s  first move was to Montreal.  After public and secondary school, she attended Sir George Williams (now Concordia) University, studying design and drawing, but left before graduating. She went on to earn diplomas in dress design, pattern making, animation and cartooning, After seven years in British Columbia, where her two children were born, Shugar and her husband Bill moved back east to Ottawa to be closer to family, a decision that they would make again in 2016, when, as empty nesters, they moved to Hamilton in order to be closer to their own grandchildren.

“Intuitively, from deep within, your true soul comes out in the process of creating an abstract painting,” she says. “The process is not easy and sometimes uncomfortable. Sometimes my work is chaotic; sometimes painful, reflective of the difficulties of exile.”

But when Shugar tells this story, her conversation takes an unexpected turn.

“My focus is not on the actual refugee experience and how difficult it was,” she says, “but how it has affected my passion about creating art and reaching out to people, wanting to help them tell their own stories.”

Darkness is not the dominant tone in Shugar’s work. It is brightness and joy. There is the joy that comes from working with her hands, the joy of opening her glass kiln and seeing the astonishing colours of her pendants, of connecting to her heritage and her community through her pieces of Judaica, of spontaneous discovery as she applies colours to a canvass or works in mixed media. And there is, above all, a joy in creativity itself, a joy that she wishes to share.

To that end, Shugar has created the Hand to Hand Legacy Project, an activity that fuses her belief in the narrative power of art with her conviction that the process of making art is essentially a joyful activity that is available to everyone. The goal is to stimulate and help seniors create a special object that can be passed down through the generations, an object that would “preserve memories of their lives, their thoughts, their dreams, and (of course) their stories.” The idea grew in part from the regret she feels from having no such connection to her own grandparents.

“I realized that this is how I could help others reach into their own life stories and create something meaningful and wonderful,” Shugar writes in her project description.  The program ran in 2019 through the auspices of Hamilton Jewish Family Services. Then came COVID. Community funding will be needed to run the program again.

Being an artist is not easy. Artists work in solitude, often with little encouragement and financial security. Leaving Ottawa meant leaving behind galleries that regularly showed her work, and patrons who supported it. But in her six years in Hamilton, Shugar has discovered a warm and welcoming Jewish community that acknowledges her as an artist and appreciates her contributions.

Starting over is also not easy. Shugar credits her husband Bill, her children and grandchildren, her parents and family, her old friends and new friends for their support. But in true Shugar fashion, she doesn’t stop her story here.

“Being an artist can be extremely satisfying, nonetheless,” she adds. “Especially when one can pass the passion and the joy on to others.”

Harvey Starkman is a regular contributor to the HJN. Fortunée Shugar’s work can be viewed at fortuneeshugar.com.